Do You Have to Talk at NA Meetings?

Fear of public speaking is one of the most common phobias that a person can experience. For an addict who is new to recovery, the idea of having to speak at a NA meeting can cause a tremendous amount of stress and anxiety. If you have never been to a NA meeting before, you may not know if speaking is mandatory.

You do not have to talk at NA meetings; participation is voluntary. If you do not feel comfortable speaking, you can simply sit and listen to the other members share.

At discussion meetings, NA members take turns sharing. When a member would like to share, they begin by introducing themself. For instance, if I wanted to share, I would start by saying, "My name is Eric, and I am an addict." Then the rest of the group would respond, "Hi, Eric."

After the initial introduction, the floor is given to that person to share. The speaker is free to talk about whatever they want regarding recovery and addiction.

Once the person finishes sharing, anybody else can jump in with an introduction and start to share. Nobody at these meetings keeps track of who has or hasn't shared. There is no requirement for you to share.

I have been to several meetings where only a handful of people wanted to share. When this happens, the person running the meeting may choose to fill the remaining time by reading from the Narcotics Anonymous book or discussing upcoming events.

The point here is that nobody forces you to share at NA meetings. NA members do an excellent job of not pressuring anybody to speak who doesn't feel comfortable.

I understand if you are new to recovery and feel nervous about attending a NA meeting. I went through the same thing when I was starting in recovery.

I didn't know anything about living without drugs, and I didn't want to show up to a meeting and embarrass myself. It is important to remember that everybody who has gotten clean has been where you are.

At the beginning of some NA meetings, the person running the show may ask the newcomers to introduce themselves. If this happens, do not panic; just say, "I'm Eric, and I am an addict." Except use your real name. They will say hello back and then move on.

The first time I went to an NA meeting, I was actually in rehab. The treatment center I was staying at in 2015 had a white van that would take us to a meeting every night after group.

I had heard of NA meetings before from TV and movies but had no idea what to expect. I was about ten days off of heroin and had just gotten over withdrawals when the white van pulled up to take me to the meeting.

I got dropped off outside a small white church about fifteen minutes from the rehab center. All of a sudden, I began to feel anxious and nervous. I had no idea what to expect when I walked through those church doors.

The rest of my group started walking up the church steps, so I followed. When I walked into the building, I saw rows of chairs with just a few people sitting in them.

I quickly made my way to the back row with the rest of my group and sat down. I scanned the room as more people started arriving through the church doors. Conversation filled the small church basement as people gave hugs and greeted one another.

When six p.m. rolled around, the room got quiet, and a man introduced himself. "My name is Daniel, and I'm an addict." A chorus of voices echoed back, "Hello, Daniel."

Daniel was leading this meeting. I quietly listened as he went through the NA preamble and had other members read the meeting rules and traditions.

It all seemed so weird to me. I just remained quiet and listened as some of the other members shared. Each share took about five minutes.

They talked about their lives and their recovery. Some spoke about what life was like for them when they were still using drugs. I tried my best to listen, but just ten days sober, my mind was still a mess.

Towards the end of the meeting, Daniel spoke up and asked if any newcomers wanted to share.

The whole meeting turned around and looked at my group in the back row. We were known as the "rehab kids," and everybody knew we were new to sobriety.

My heart started pounding. Did they expect me to share? I had no idea what I would even say. Some of the more senior members of my rehab group took the opportunity to share, and then the meeting ended.

When we got back in the van, I asked my friend if I was supposed to share. He told me that nobody had to share if they didn't want to. That was a relief to hear.

The more I went to these NA meetings, the more comfortable I became. I even started to socialize with other members before and after the meetings.

Now that I wasn't so nervous, I could focus on what the other people were sharing. As I listened day after day, I learned about the struggles and triumphs that the other members were experiencing in their recoveries.

One night I was sitting in my usual seat in the back row when the leader asked if any newcomers wanted to share. I don't know what came over me; I found myself saying, "My name is Eric, and I'm an addict."

I did not expect the applause that I received that night. Twentyseven days does not sound like a lot, but it was the hardest twenty-seven days of my life. It was nice to see that the other members understood just how big of a deal it was for me.

I probably only shared for one minute total. When it was over, my heart was pounding from the adrenaline. I had never done anything like that before, but I was glad I did.

NA meetings are a great idea for someone trying to recover from drugs. Speaking at these meetings is done voluntarily. If you do not feel comfortable sharing, you can choose not to.

When we first get clean, NA meetings can make us nervous. We don't know much about recovery, and we don't want to humiliate ourselves. NA members are very understanding about the newcomer's situation. After all, every NA member was a newcomer at one point.

If you are interested in attending a NA meeting, I encourage you to do so. Countless people have found strength and hope from attending these meetings.

Remember, you don't have to share if you don't want to. Just go and listen to what the other members have to say. You might hear something that can help you in your recovery. 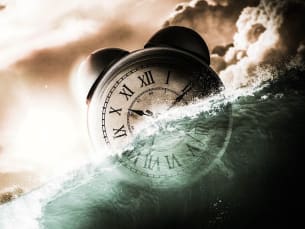 Encountering Addicts From Our Past

How to handle unexpected run-ins with people you used to get high with. 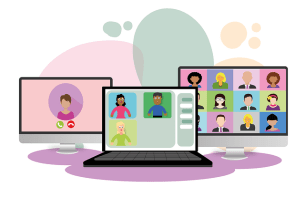