The Most Humiliating Moment of My Drug Addiction

This story takes place when I was nineteen years old and working as a lumber associate at a hardware store. My main responsibility at work was to maintain the stacks of wood for sale. If a stack became disheveled or had pieces removed, it was my job to restack it neatly.

At this time, I was using heroin every day. I'd get high in my car before work and several times in the bathroom throughout my shift. My managers were suspicious of the amount of time I was spending in the restroom, and it felt like they kept a constant eye on me.

The day before the incident, I met up with my dealer to purchase more heroin so that I'd have enough to make it through work the next day. After we did the deal, he mentioned that he had some Xanax pills that he was looking to sell. When I told him I had never tried Xanax before, he offered to give me a few to try for free (a common dealer tactic). I accepted, and he handed me a bag with three little peach-colored pills.

Xanax is a benzodiazepine also known as benzo. Benzos are depressants that reduce activity in areas of the brain responsible for memory, reasoning, emotions, and essential functions like breathing. Doctors prescribe Xanax pills for breakthrough anxiety, panic attacks, insomnia, etc. When abused, Xanax and other benzos produce a euphoric effect that some compare to alcohol.

Now, back to the story.

The next day I pulled into the hardware store parking lot and began my pre-work routine. As I opened the center console to grab my drug kit, I saw sitting on top the three Xanax pills. I searched for Xanax on the internet and learned that they were 0.5-milligrams in strength. That didn't sound like very much. Plus, they were so tiny, smaller than a tic-tac. So, I swallowed all three and continued with my routine.

Before I knew it, the alarm on my phone alerted me that it was time to head into work. I took my car keys out of the ignition, opened the door, and then everything went blank.

The next thing that I remember was feeling an aching pain throughout my lower back. I opened my eyes and saw the familiar grey painted concrete of the hardware store. I heard the noise of whispers all around me, but all I could see was the ground and my blue Vans sneakers bobbing in and out of my blurry field of vision. I was hunched over at the waist, swaying back and forth with my neck and arms dangling.

As I stood back up, I noticed a circle of people formed all around me. I recognized some of them as fellow employees at the store. Others were customers who I had never seen before. They were all staring at me with eyes wide open, probably wondering, what is this kid on?

Panic seemed to sober me up a little as I realized the situation. How long had been nodded out like that? Then I noticed my manager amongst the crowd of people surrounding me. She grabbed my arm and told me to come with her to her office. I knew I was in trouble.

My mind continued to clear as we started the walk to her office. I ran through excuses in my head for how I was going to explain my behavior. I decided to try telling her that I was sick. In the meantime, I would act as casual as possible until we made it into her office.

I checked my cell phone because that seemed like the casual thing to do. As I went to pull my phone out, a needle fell out of my pocket and onto the floor. It slid across the ground and came to a stop right in front of my manager. I quickly (and casually) bent down to pick it up and shove it back into my pocket. All I could do now was hope that she hadn't seen it.

When we got into her office, she asked me why I was leaning over with my eyes closed in the middle of the store (a valid question). I told her that I was sick and threw in a fake cough to really sell it. Then she asked about the needle...

I had to think up an excuse fast. I told her that my brother was a diabetic and that we share pants sometimes. I must not have noticed the needle was there when I got dressed that morning. She didn't buy it.

She told me that I needed to take a drug test. There was a hospital next door to the hardware store where she wanted us to go for the test. I agreed, and we headed out of the store.

About halfway to the hospital, panic began to set in again. I knew that I wouldn't be able to pass this test. All that I could do was try and save a little face. So, I told my manager that I smoked weed sometimes and that I would probably fail the test for marijuana. Then I quit.

I sat in my car for a while in disbelief. Had that just happened? I was so embarrassed. I kept picturing those people staring at me and imagining how I must have looked. I just wanted to get as far away from that store as possible. I started the car and drove towards the parking lot exit. But this horror show wasn't over yet.

Someone in the store must have called the cops on me because before I left the parking lot, I got pulled over by three police cars. I frantically grabbed all the drugs I had on me and shoved everything under my seat.

Heart pounding, I unrolled the window as an officer approached. They said they had received a welfare call and wanted to check on me. I told them that I was fine and had just been feeling a little sick earlier. Still, the officer asked me to step out of the car and take a sobriety test.

When I got out of the car, I looked back at the hardware store and saw my ex-manager and a bunch of employees standing outside watching the events unfold.

The cops explained the tests to me and told me to begin. By this point, the Xanax had worn off, and I felt completely normal. Well, normal for someone who uses heroin every day. Either way, I was confident I would pass the sobriety test.

Sure enough, I was right. I walked in the straightest line you've ever seen. My eyes behaved normally as I followed the officer's finger back and forth. By the end of the test, I looked at the cops like, "you guys got nothing." And I was right because rather than arrest me for a DUI, they instead asked for permission to search my car. They didn't seem to like my answer.

An officer told me I had two options. I could either go to jail or submit to a blood test, my car would get impounded, and then I'd be free to go. All I heard was free to go, so I agreed.

For the blood test, we went to the same hospital where my manager had tried taking me earlier. I surrendered my arm covered in track marks to the doctor, and he drew my blood. When we walked out of the hospital, I saw the tow truck hooking up my car. Then, the officer told me that I was free to go.

I started walking. I didn't know where I was going. I just wanted to get as far away from that hardware store as possible. I eventually found a bus to take me home and was relieved that this incident was behind me. At least that's what I thought.

I ended up getting charged a few months later with a DUI. The cops found a bunch of drugs in my blood, and that was all the evidence they needed to file the charge.

When you're doing drugs going to court is not a high priority. Every time I didn't show up to court, the judge issued a warrant for my arrest. I'd eventually get arrested, stay in jail for a little while, and then get released with a new court date. For years this cycle repeated itself. All in all, I probably went to jail six different times for this one charge.

Two years into my recovery, the case was closed, and I was finally able to put this incident behind me. I still have the DUI on my record, and I'm pretty sure that I'm banned from the hardware store.

As I look back on these events, I can't help but feel embarrassed. This was the first time in my life that the reality of my addiction was on full display for everyone to see.

These days I use this story as a reminder of how out of control life can become when you are using drugs. 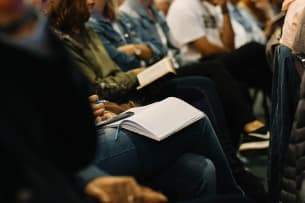 Do You Have to Talk at NA Meetings?

Find out the rules for participation in an NA meeting. 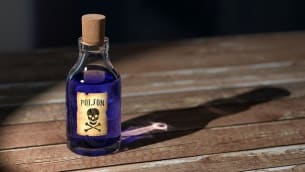 How I Managed to Stop Using Heroin

Find out how I was able to successfully get off of heroin after eight years of addiction.